Ipe, an exotic hardwood from Brazil, is known for its many desirable qualities. It’s dense, durable, naturally resists rot and pests and its beauty is unparalleled. 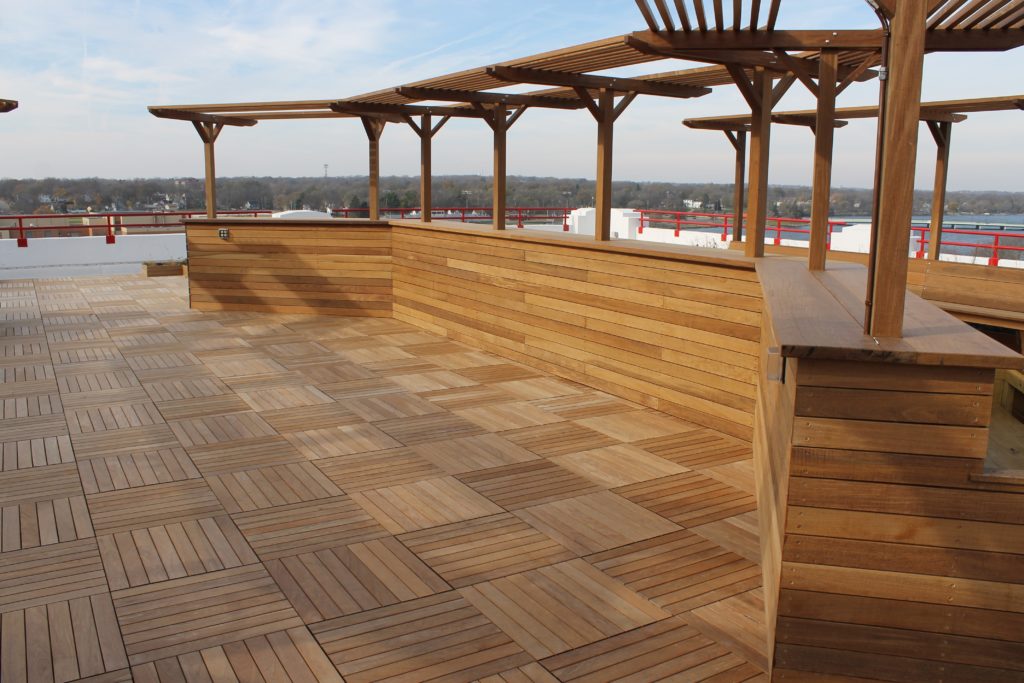 Some have even claimed it’s fireproof. but is there data to support this claim or is it simply hyperbole?

The most commonly accepted test for flame rating is the Standard Test Method for Surface Burning Characteristics of Building Materials, also known as the ASTM E-84.The ASTM E-84 test measures how far and fast flames spread across the surface of the test sample by installing a 20”x25’ sample of the material as the ceiling of a test chamber, and exposing the material to a gas flame. The resulting flame spread rating (FSR) is expressed as a number on a scale where cement board is 0 and red oak is 100. This scale is then divided into three classes (Class A, 0-25 FSR; Class B, 26-75 FSR; and Class C, 76-200 FSR). Generally, inorganic materials such as brick or tile are Class A-rated and most whole wood products are Class B or C.

Several years ago other lumber suppliers tested Ipe under the ASTM E-84 test. At the time, the metrics used to test fire spread were far less stringent than they are today, and Ipe was given a Class A rating, the same rating given to both concrete and steel. Is it conceivable that a wood product could have the same fire spread rating as concrete and steel? In a word: no. With today’s stricter metrics, Ipe is generally given no more than a class B rating. In order to receive a Class A rating each bundle of lumber would have to be tested, which is costly and inefficient.

However, Ipe is the wood with the best flame spread resistance, better than any other decking option.

Reinforcing this claim, in 2007 the United States Forest Products Laboratory released a report entitled “Cone Calorimeter Tests of Wood-Based Decking Materials” which show that the density of untreated Ipe outperforms other traditional decking materials such as pine, cedar, and redwood. It’s a superb choice for deck building anywhere, but particularly in a wildfire sensitive area. Additionally, it’s also often used for rooftop decking in densely packed urban areas as a measure of fire protection.

In summary, although it can not support claims to be fireproof, Ipe does provide a greater flame spread resistance than other decking options.